While many would think that CAD design service is a relatively recent innovation, many CAD programs that are currently being used today can actually be traced back to work begun approx 50 years ago.

World War II has been a breakthrough phase for computing development in engineering verticals. In 1957, Patrick Hanratty who is also remembered as the father of CAD/CAM developed ‘Program for Numerical Tooling Operations’ (PRONTO) the first-ever CNC programming system. In fact, some industry experts estimate that over 70% of all 3D mechanical CAD/CAM programs accessible today can trace their existence back to Hanratty’s inventive code.

Inventions of the 1960s Paving the Way for Future CAD Systems

Sooner, in 1963 Ivan Sutherland developed Sketchpad in which engineers could interact with the program via screens, a set of buttons to adjust parameters or constraints, and a light pen to draft. Although it never was available for commercial use, it did pave the way for future CAD software. There were more major developments in the same reign including the first digitizer from Auto-trol, and DAC-1 the earliest graphical computer-aided design systems. 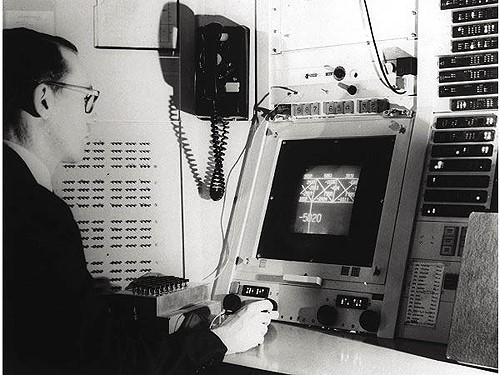 At the beginning of the 1970s, the technology turned from 2D towards 3D yet slowly. Inventions like Versprille’s NURBS laid the foundation for modern 3D curve and surface modeling, PADL (Part and Assembly Description Language) by Grayer, Lang, and Braid, ADAM, CATIA (Computer-Aided Three Dimensional Interactive Application) gave hope to engineers in unfurling the world of 3D modeling.

The invention of UNIX workstations in the 80s dramatically revolutionized the global computing and CAD design service market. A decade or two before, the technology was a proprietary tool used only for heavy industries. However, by the 1980s commercial CAD systems were welcomed by many verticals including aerospace, shipbuilding, and automotive. The emergence of the first IBM PC in 1981 truly embarked on the adoption of a large-scale CAD system. It was the same year when Romulus and Uni-Solid came into existence which enabled engineers and clients to see exactly how their design would look like in real life. 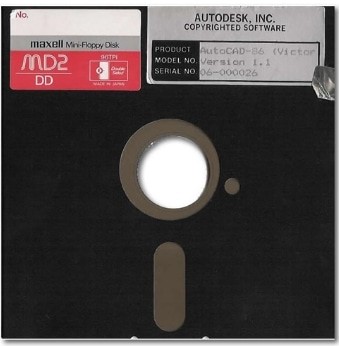 Fun Fact: Back in 1982, AutoCAD was sold on floppy disks.

The following year, the pioneering invention of Autodesk and ensuing release of AutoCAD- the first momentous CAD program for the IBM PC marked an even bigger milestone in the entire CAD history. It was a huge success for Autodesk which fuelled the later advancements in making drafting and engineering functionality more affordable. 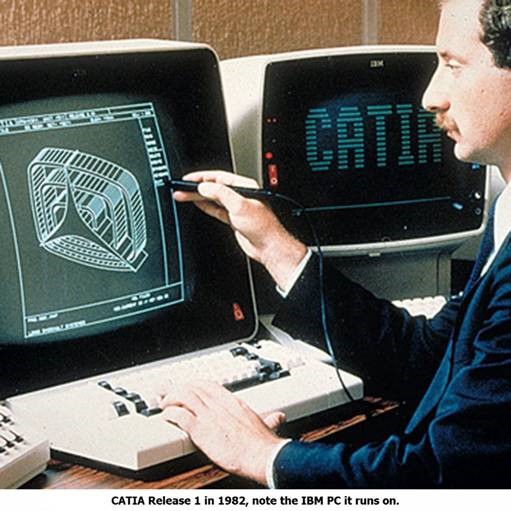 As aforementioned, AutoCAD radically enhanced the technology increasing the development of other CAD service providers. Even after much ground-breaking advancement in the technology, CAD software was still principally 2D-based. However, the next wave of revolution in 1987 in which Pro/ENGINEER got released changed everything. This game-changer program helped engineers to define parts and assemblies more precisely with a program backed by solid geometry and parametric techniques.

The technology promoted competitors in bringing such engineering technology paving the ways for 3D solid modeling kernels like ACIS and Parasolid which were later incorporated into a new kind of parametric CAD program.

The commercialization of CAD programs and the reduction in proprietary software fueled the demand in aerospace and automotive manufacturers buying CAD software from commercial vendors. The biggest inspiration can be taken from Boeing which in 1988 used CATIA to design and draft the new 777 aircraft. This helped them earn a whopping amount of $1 billion in revenue for IBM- Dassault.

At the beginning of the 1990s, the PC was finally scalable of such computations which were essential for 3D CAD. This transformation of UNIX to PC was transformational. CAD software gradually started to become easily available to millions of engineers and consumers who previously couldn’t afford the technology. Later, significant inventions SolidWorks, Dassault Systèmes, Solid Edge, a program based on ACIS, and Autodesk’s Mechanical Desktop made a debut. These companies later fused into four chief competitors: Autodesk, PTC, Dassault Systèmes, and UGS (now Siemens PLM).

CAD in the 21st Century

The initial phase of the 21st century witnessed the invention of client-side CAD tools and web-enabled CAD. Alibre launched Alibre Design in 2000, which was the first 3D CAD software holding the potential to perform client-server 3D modeling through the Internet. Further, Autodesk launched AutoCAD 2000i, their first web-enabled CAD software. The company Autodesk continued to shine in the 21st century with steady updates like tool palettes in 2003, support for Macs in 2011, and dynamic block functioning in 2005.

The commencement of direct or explicit modeling helped engineering designers edit geometry without any history tree. It helped engineers to quickly develop 3D designs having the ability to modify with the help of direct interactions with the model geometry.

The Present and Future: Transferring Designs into Cloud-based CAD

Cloud-based CAD was first brought up by a major company at World 2010 event featured by SolidWorks. It further took good years for cloud-based CAD to become mainstream in the engineering designing industry. Today, cloud-aided CAD has revolutionized the entire designing process and is being used vigorously by mechanical engineering, AEC sector, aerospace, fashion, entertainment, civil engineering, machinery, and computer graphic animation (CGA). In fact, virtually no product can be created without CAD software; from design, simulation to manufacturing.