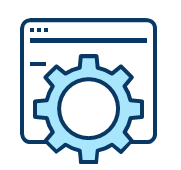 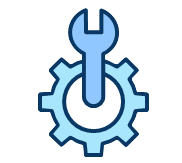 AI is all pervasive today! It can be seen in everyday engineering as well. AI is rapid prototyping. Data-oriented decision making and seamless testing are two of the lucrative features that have been infused in the product prototyping process with the help of AI. The coming years will see an increase in AI-infused prototypes and this has been supported by a recent Deloitte report which revealed that by the year 2020 global 3D printing industry is expected to reach $5.2 billion. The report further added that the largest opportunities will be gained by home improvement and life sciences sectors from the technology amalgamation.

Thorough studies and experiments have claimed that AI is on its way to change the entire process of a 3D model using CAD software by generating clearer and more understandable 3D printable models. Companies like SolidWorks have already started working on this technology by creating AI-backed tool ‘SolidWorks X’ design while Autodesk, an American multinational software corporation has invented ‘Dreamcatcher’ suitable to work on regenerative designs. It increases design production manifold in just a few hours.

AI has helped the additive manufacturing companies to detect flaws inside the 3D model in the initial phase while saving themselves from the last moment changes and extra costs. The intelligence tech is surging and is proving as the best alternative to develop 3D printing projects with feasible 3D models.

Higher Efficiency in the Prefabrication Stage

Product development is usually time consuming and demands multiple viable designs before selecting the final comprehensive solution. The whole process can be expedited by using AI-enhanced rapid prototyping systems. Working on the same fundamental features, Autodesk launched its first-ever generative design product that is said to be the important part of their Netfabb 2018 software suite. The software is featured with machine learning (ML) and AI algorithms which calculate digital models for 3D printing production.

Sculpteo, a French 3D printing services company is not far behind in the tech-race. The company has launched Agile Metal Technology at the CES 2017, a new software suite that contains 6 viable tools of which 1 is currently used by the developers while creating a prototype. The software utilizes Artificial Intelligence (AI) algorithms to optimize and monitor CAD files during metal 3D printing. Also, the tool has minimized the workload of product developers by analysing models in CAD files to evaluate the most appropriate and efficient printing process.

Introduction of AI in rapid prototyping has eradicated complaints of manufacturers, product developers, and clients of not receiving a definite and detailed prototype idea. The technology has enhanced the product quality in entirety by providing clearer technical specifications combined with the easy user interface at every stage. Product developers claim that AI-backed systems have helped them a lot in detecting the flaws and defects in the initial stage while saving wastage of resources, efforts, time and cost.

Peeking into the success story of General Electric (GE), which launched computer vision technology to unveil microscopic cracks in machine parts. The company revealed that the 3D system is featured with AI and ML algorithms which inspect each part inside out and identify flaws instantly. High-resolution cameras and CT scanners are used to analyse and monitor product’s depth, lumps, streaks and unknown patterns which usually go unseen by naked eyes. This is not all as the GE engineers are working on such updation of a 3D printer that can produce potential strategies based on system vision data predictions.

The emergence of AI-driven additive manufacturing is considered to bring the biggest revolution in the industrial age after the introduction of IoT in manufacturing. Regardless of the several portrayals of AI as a rogue technology in the job market and pop culture, no one can deny its positive impact in unveiling the potential opportunities in sectors like rapid prototyping. The fusion of AI and additive manufacturing has given hope to manufacturers to create unique products with fewer efforts and cost soon.

We use cookies to ensure that we give you the best experience on our website. If you continue to use this site we will assume that you are happy with it.AcceptRead More